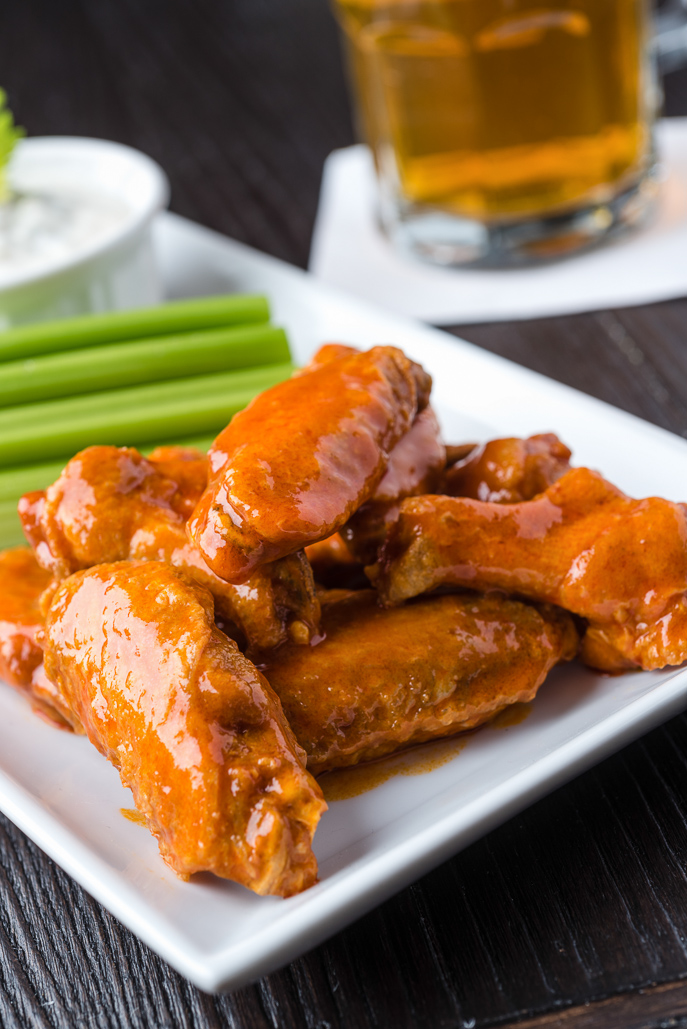 The Anchor Bar in Buffalo, New York is renowned as the birthplace of the Buffalo wing. In the mid-1960s, legend has it, bar owner Teressa Bellissimo first served them to her son and his friends after hours as the creative result of a mistaken food shipment. Who would’ve guessed Buffalo wings would eventually become the quintessential bar food and a staple in homes around the nation? As the recipes surely evolved, so did our curiosities. What makes a Buffalo wing a true Buffalo wing, and when is it just a chicken wing in a different brand of hot sauce?

The basic recipe for Buffalo wings (or just “wings,” as the locals call them) comes down to a few must-haves: cayenne pepper hot sauce, butter and deep fried chicken wings. Various colleagues from the Buffalo region boast about the tweaks they’ve made to the classic that set their wings apart from the rest. Some add more or less butter to control the heat, others use grass-fed butter to maximize creaminess, and some add cayenne pepper or garlic powder to boost the flavor quotient. 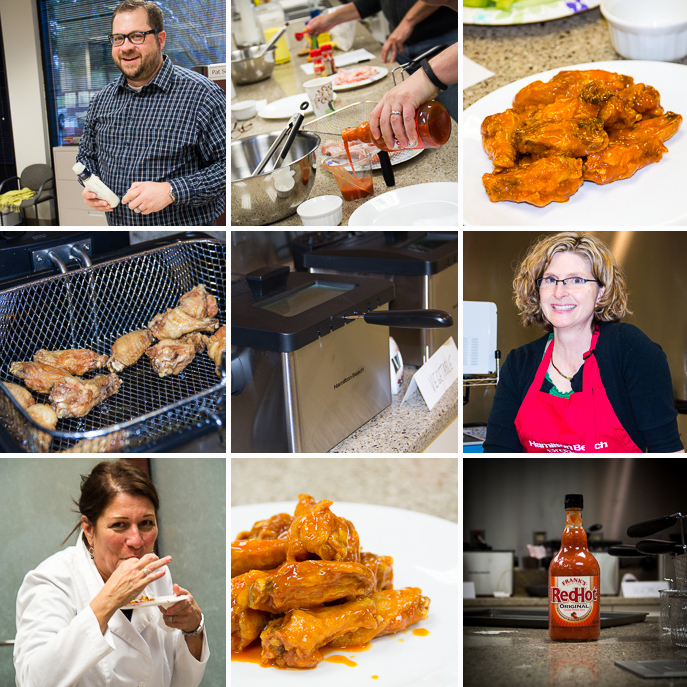 The Western New York natives in the office decided to have a chicken wing cook off to prove once and for all who has the best Buffalo wing recipe. Here’s what we found: there are alterations you can make here or there, but as long as the basis of your recipe is the same, it’ll be delicious. (Though if you ask Matt, he’ll still adamantly argue just a pinch of garlic powder is key. I think it’s tasty either way.)

In the end, we settled on this recipe as our favorite because it was easy, accessible and crowd-pleasing. We encourage you to play with the flavors because, in the end, you may agree with Matt after all. Let us know in the comments how you like to prepare your Buffalo chicken wings.

Do you use Frank’s Red Hot? Do you add any crazy ingredients or spices? We’d love to hear about it! 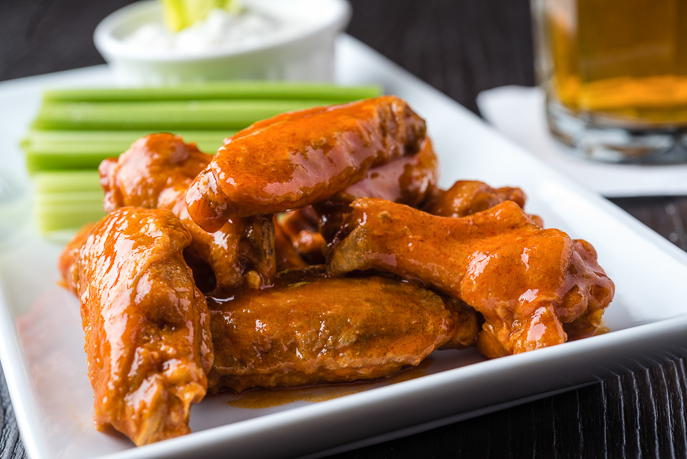 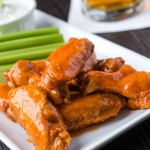 The classic Buffalo Chicken Wings recipe calls for Franks® Red Hot® Cayenne Pepper Sauce which is the brand we used when testing this recipe. 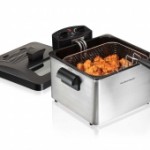 Hamilton Beach® Deep Fryers are generously sized for greater versatility — some even accommodating a whole chicken. What’s more, you can fry crispy, mouth-watering foods without the mess you’ve come to expect.

Time for a spring refresh! 🌸🏠 Steam and de-w

Looking for the perfect side dish for your Sunday

Hankering for a thick, rich shake from the ice cre

You'll definitely want s'more of this thick and cr

Add a fresh salad with a zesty dressing to your lo

What better way to start your weekend than with a

Whip up a sweet treat to celebrate mom. Try our re

Planning a breakfast in bed spread for mom? Don't

This two-in-one blender and chopper does it all. F

Enjoy fried-favourites guilt-free without having t

#GIVEAWAY Give mom the gift of better baking! Ente

Not just for reheating food, did you know you can

Shake up your morning and try our lavender blackbe

Our Electric Glass Kettle not only boils water (an

And the Oscar goes to... Watching the Academy Aw